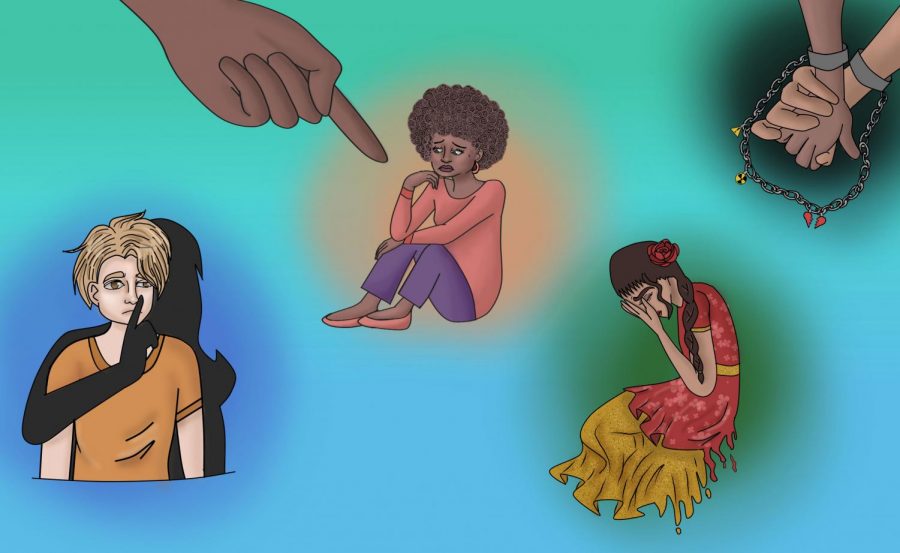 “He would get loud. His eyes would go kind of dead,” Jane said. That’s when Jane, whose name has been changed to protect her identity, knew her high school boyfriend was about to get abusive.

Sometimes the abuse would be physical. He would choke her against the wall. Sometimes it would be verbal abuse, and he would curse her out.

Jane’s story is not an uncommon one.

Violent behavior in relationships often starts between grades 6 through 12. This means that a large part of the people who you have classes with, pass in the hallway, or even are friends with have or are going to face an abusive relationship, either physically or emotionally.

Mrs. Carol Dahlen, a social worker here at Merrillville High School, said there are many warning signs of abuse in relationships.

“Unfortunately, there’s a stereotype that it’s believed males should not be abused. [It’s commonly said] you’re less than a man, your partner is controlling you,” Mr. Brandon Freeland, a social worker at the high school, said. “So a lot of the time, abuse is not reported by men for that very reason.”

One problem Jane faced was feeling she had no one to talk to. She was afraid to talk to her parents because she feared their reaction.

“I didn’t see it as abuse during the time it was happening,” she said.

She encourages teens in similar situations to reach out to an adult. (See sidebar).

“It gets better, talk to someone you can trust, find a positive outlet,” Jane said.

Experts urge teens in abusive relationships to reach out to someone they trust to help them leave the relationship.

“They can absolutely come and see the social workers, the guidance counselors, the principal,” Mr. Freeland said. “It is very important to talk to someone, any trusted staff or faculty member that they think they can go to.”

“Get out it gets better out here (when you leave the relationship), take you time especially in high school you have all the time to date.” Jane said.