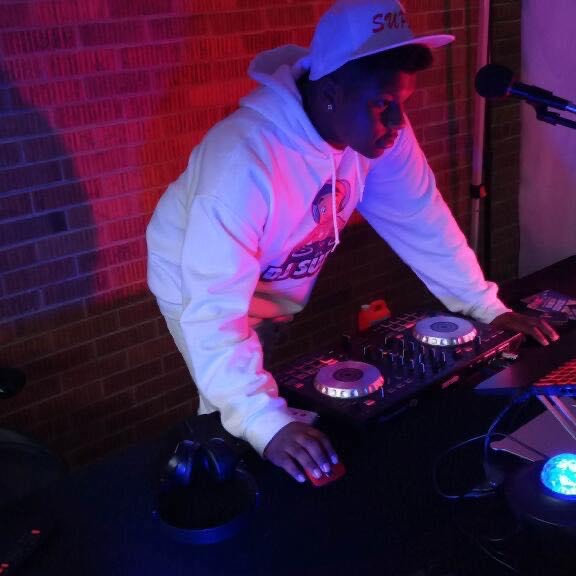 Seeing DJs coming in and out of the nightclub his dad manged , Kemon Holmes had an early look at the DJ experience that ultimately inspired him to follow their career path.

“It was when I started going around clubs and seeing people do it. When I got my equipment I used it and realized it’s something I like.”

Holmes, who goes by DJ Super, works on his skills every day. He even began his own radio station — Hoosier Heat Radio.

“He was around me growing up,” Holmes said. “He’s the one who really got me into it. My dad, as well. He’s not a DJ anymore, but he was a DJ around my age. He always makes sure I’m focused, if I ever have any questions he’s a person I can reach out to.”
Learning from other DJs is an important part of the process.

Reading a crowd is key to making an event a success.

“The crowds bring me a joy and hype vibe . . .  I like to match their energy,” he said. “I really never had a time when the crowd wasn’t vibing. Everybody likes different music, so I always play music where a group of people will always vibe.”

This summer he has an internship with 27 Entertainment  in Valparaiso where he’ll learn different aspects of planning successful events, expanding into other areas such as videography.

Holmes’ favorite part of being a DJ is the parties.

“[I enjoy] seeing the people dance, seeing people love the music,” he said. “The biggest gig I’ve had was the Young M.A concert in Merrillville at the Wonderland Manor. It was going from the start, lines outside,exciting all the way through.

“It’s good to go out and have fun and do what you like,” he said. “It’s like a job where you have to please people.It’s something that I’m working on every day.”

However, being a DJ isn’t all he wants to do in life. He wants to move on to promoting major events.

“I want to use this to set a label for myself and set an example,” he said. “Holding my own events are what I want to do in the future, events around the world, for example the music festival Rolling Loud.”