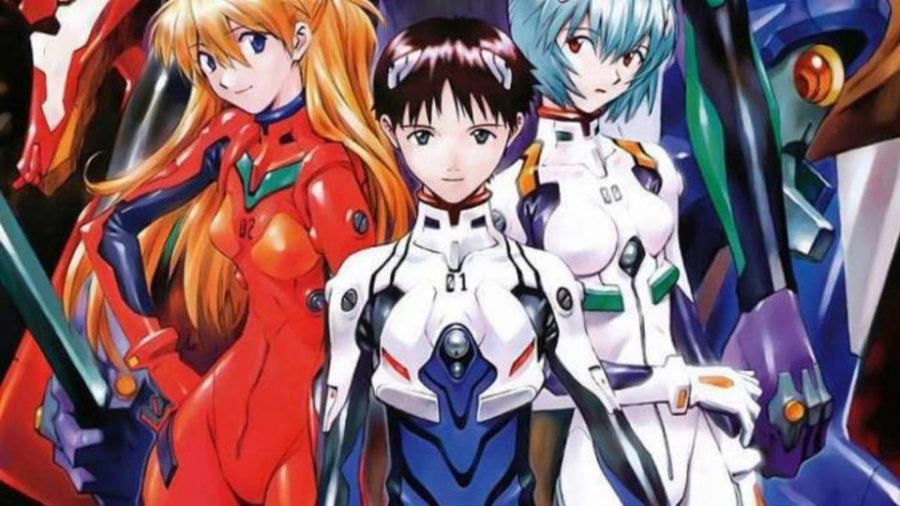 For most, when the intro for this show is played they will almost instantly recognize it, and for its fans, it brings back fond memories of the show. Neon Genesis Evangelion, Eva for short, and its original OP “A Cruel Angel’s Thesis” is iconic in the anime world, even more so when it was made available to watch on Netflix in summer 2019.

Evangelion was almost exclusively able to watch on DVDs, besides illegal pirating websites, before the streaming service Netflix acquired it for an estimated $3 million. There are several parts to Evangelion that you can enjoy: There are the original 26 episodes, several movies made around the time of the original series, and the rebuild movies that expand on the original story.

The original series aired from October 1995-March 1996 and was written and directed by Hideaki Anno. The story plot follows 14-year-old Shinji Ikari when he is summoned to the in-universe location Tokyo-3 by his father to pilot the Evangelion Unit-1 Mecha to help fight against the ominous, monstrous beings known as the “angels.” Despite being treated coldly by his father, he teams up with Rei Ayanami, Unit-0s pilot, and later Asuka Langley Soryu, Unit-2s pilot, to try and fight against the angles.

I was introduced to the Neon Genesis Evangelion the summer before my sophomore year by a friend and watched it the same summer it came out on Netflix. I stayed up all night watching it, it was the most immersed I had been in a show in a long time. Sure, I got confused about some of the symbols at times but that’s the charm of old shows like Evangelion, they don’t just throw the meaning of everything in your face. It’s truly something you need to watch and experience for yourself to understand.