Running all the way to State 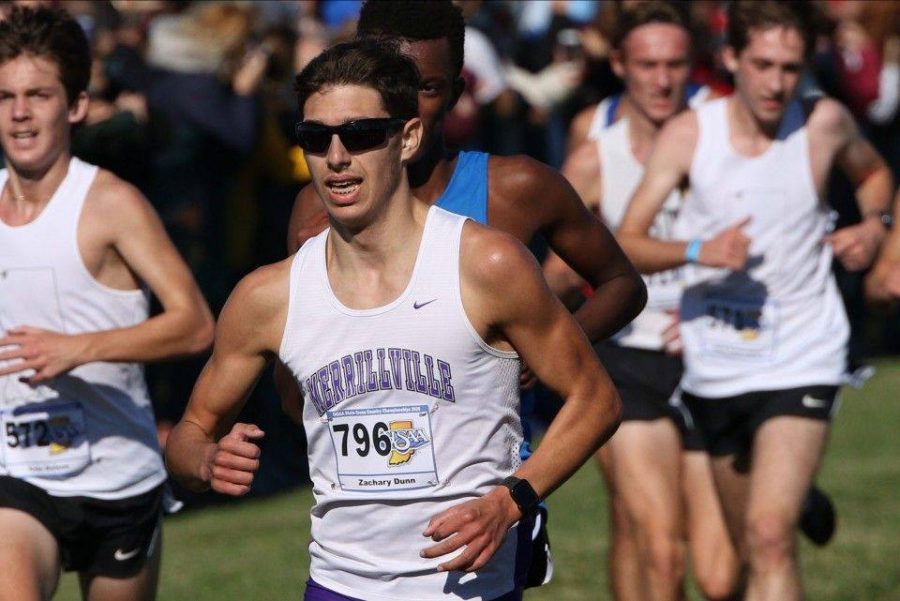 As the season caps off, the spotlight is shined on Zack Dunn (11) who is the first Pirate to compete in the State tournament since 2010. He finished in 127th place with a time of 17:09.0.

After placing 96th at Semistate as a freshman, Dunn has steadily improved.
“It feels pretty good to be the first Pirate since 2010 to head to state,” Dunn said. “Going to state has been my goal since my freshman year, so it was a pretty amazing feeling knowing the three years of work paid off, let alone being the first since 2010 to do it.”

Even going back to quarantine last spring, Dunn would work out every day.

“I prepared all season by most of all trusting myself and my coaches’ training plan, which goes back to when quarantine started in March,” Dunn said.

“Also, I think I changed the way I appreciate and went through this year by not having a track season. I was just grateful to have cross country so I just left all I had in training and racing because there were times when I didn’t think I would even have a season.”

After his success this season, he has gained a ton of confidence, and is already setting goals for his senior season.

“My goals for next season are to get the school record, and place at State, which is top 20,” Dunn said. “I believe I can achieve those goals because I have a good work ethic and I know my potential as a runner and believe those are good goals to set for myself to work for in the upcoming year.”

One of the reasons for Dunn’s success has been the support of his coaches and his fellow teammates. one In particular, Jeremie Lander (12) who pushes him to be great every day.

“It felt great to see him go to state, yes of course I was a little upset that I didn’t make it but to experience him stepping up and successfully hitting the goal we both fought for, I couldn’t ask for a better teammate,” Lander said.