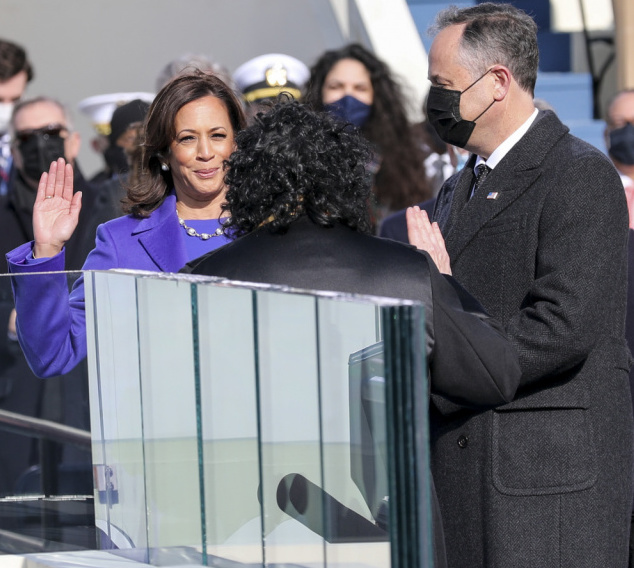 Wednesday, January 20th, 2021, marked the day of Joe Biden’s inauguration. While the setting surrounding Biden had components of routineness (addresses about convention and solidarity, hands put on Bibles, beautiful exhibitions from a poet, and a public vocalist), encompassing it was like a soldier’s shield. There were many more guard troops than there were anybody else to watch Biden being sworn in as our 46th president.

Biden’s speech was a speech full of sincerity and candor; a speech about how democracy shall prevail, but most of all, a speech of how America is about unity. We should set aside our complex contrasts and meet up in unification in order to go ahead throughout everyday life, and we should work together in peace to get through the coronavirus pandemic. The words spoken were not only genuine, but gave people a new sense of awareness, devotion, amicableness and hope. It was very heartening to hear.

In addition, Kamala Devi Harris was the first woman, the first Black person, and the first person of South Asian descent to become the vice president. Harris becoming vice president has marked an important part of history. It’s not only very refreshing to see a woman of color reach such a high political position, but it’s also inspiring for many young women of color, who they can look up to. The strength of her individuality, her positive attributes, and commitment towards her goals are absolutely encouraging and influential.

Her policies focus on protecting marginalized groups of people, giving them equitable opportunities and pay, and focusing on racial justice. She brings so much aspiration and ambition to people.

Amanda Gorman, a 23-year-old Black poet, recited a remarkable poem of hers called, “The Hill We Climb” at the inauguration. She actually wrote this poem on the night of the U.S. Capitol riot. Her performance was astonishing, her hand movements and tone of voice were just as dynamic as her words, and the execution was perfect.

Some of the verses of her poem, such as, “Somehow we’ve weathered and witnessed a nation that isn’t broken, but simply unfinished”, and, “We close the divide, because we know to put our future first, we must first put our differences aside” really show that to complete a unified nation, we must be peaceful towards each other first. This is a very powerful message.

After Lady Gaga sang the national anthem and exited the stage, she hugged Michelle Obama, and it was just this kind of warm and uplifting moment.

It was also satisfying to see so many women of color that day, Sonia Sotomayor (the first Hispanic Latina woman on the Supreme Court) swearing Kamala Harris in, Jennifer Lopez performing, and Amanda Gorman reciting her poem made me so happy. This inauguration was definitely different from all of the previous ones.