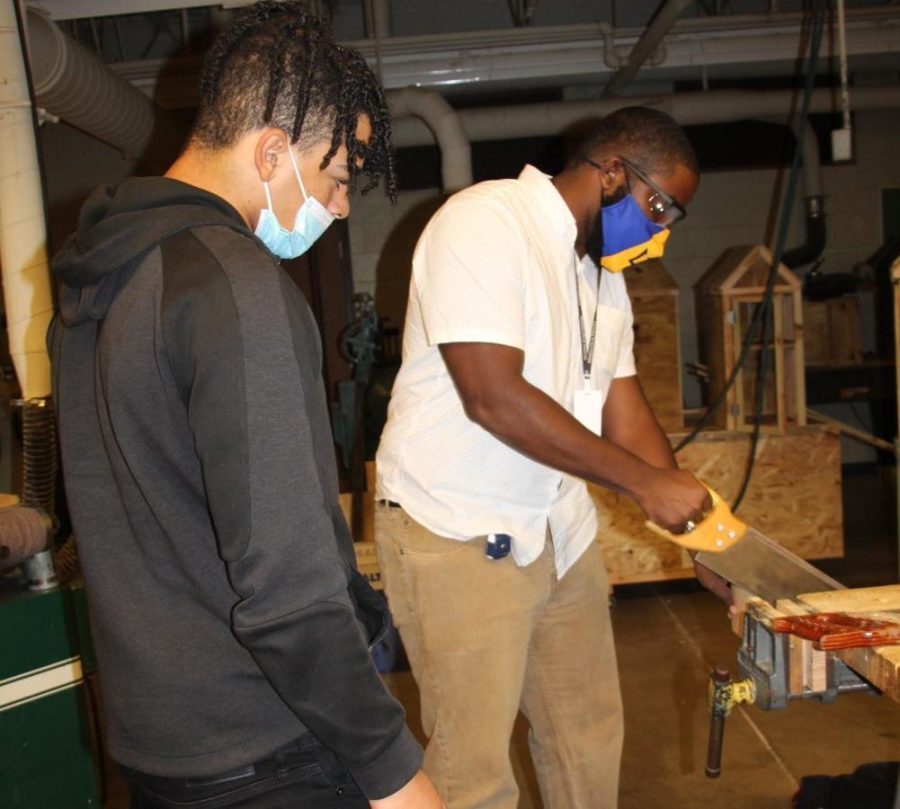 After attending MHS as a student, Mr. Joshua Haynes has returned back as a building trades teacher and track and field coach, coming back to where it all started.

During his time in high school, Mr. Haynes was a very involved student, and participated in a variety of sports and clubs including Freshman and JV Football, Track, Chess Club, Debate Team, National Honors Society, JETS and MPAC. 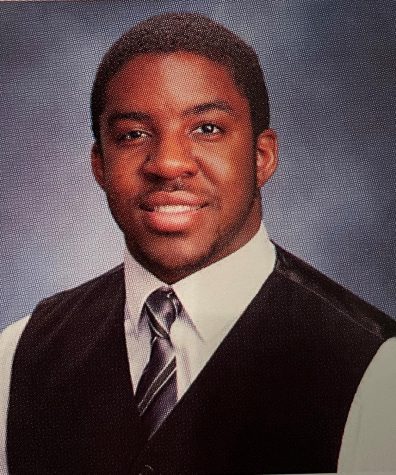 One of Mr. Haynes’ greatest memories from his high school experience was leading the fan sections at football and basketball games.

“A group of friends and I started going to games and doing ‘rehearsed’ cheers that we would find on Youtube that the colleges would do,” Mr. Haynes said. “We would do body paint, neon colored suits, and themes for games. The highlight of that had to be homecoming my senior year where we designed a ‘B.L.K. Out’ shirt and copied the concept of a ‘Terrible Towel’ from the Pittsburgh Steelers.

“Our cheering got so popular that people in the community were asking to buy shirts and towels to have at games. That might be the first time I saw Demaree Stadium packed on both sides. We also drew large competitive cheering sections from other schools, which made every high and low of a game feel more meaningful. To this day, I’ve not experienced an atmosphere like that and I cherish those moments.”

Mr. Haynes graduated in the class of 2013, and went on to attend Purdue West Lafayette with the plan of majoring in Engineering.

“I wasn’t really sure what engineering I wanted to study, but I had taken electrical wiring and an electronics class with a now retired teacher, Mr. Hurey,” Mr. Haynes said. “My experience with him was one that made me think that I wanted to be an electrical engineer.”

While Mr. Haynes thought he had it all figured out, he quickly discovered that engineering just wasn’t for him.

“After some time in college and going through some of the coursework, I found that A, I was not fully prepared for the rigor that engineering coursework entails, and my impression of what it entailed was much different than what I was lead to believe and B, engineering wasn’t really the career for me. I wasn’t interested in the theory based work that is the School of Engineering at Purdue,” he said. “I learned I am more of a hands-on type of person.” 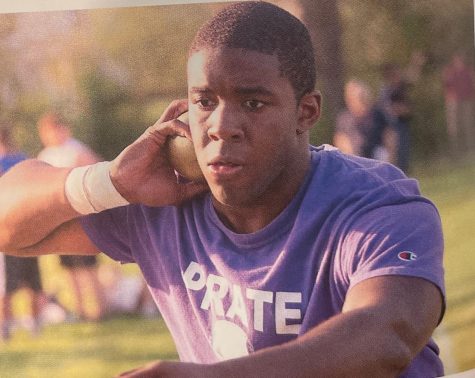 Mr. Haynes ended up switching over to the School of Technology, and began to discover his passion for teaching.

“I coached Track and Field while in college and one of the professors, Scott Santon, took notice of the success that I had in such a short amount of time,” he said. “[One day] We were walking to a parking garage and he was telling me that he thought my personality would fit more of a teacher than a construction worker. I took note of it, but didn’t really see the possibility at time as that wasn’t what my degree was geared toward.

Mr. Haynes not only had the influence of his professor, but also his family to explore the world of education.

“My family has a history of teaching, so I have always had the notion that teaching was something I could do,” he said. “I have always had a deep passion for trying to make environments and communities better and believe that education is the key to that.”

After graduating with his degree, Mr. Haynes worked in construction but eventually found his way back to MHS.

“I have always wanted to come back to Merrillville as I felt I had knowledge to share with the students here,” he said. “Part of coming back was finding a teaching position that applied to my major.”

“I was on a job site in Chicago walking through with my project lead and an architect to see what some of the checklist items were that needed to be redone or still completed,” he said. “Needless to say, the list was extensive and it was part of a mounting list of issues with several projects. As I was walking through the halls of this building, something came over me to send a text to Coach Coffey.